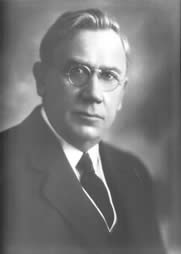 John Ryan, Sr. became a lawyer in 1897 and dedicated himself to providing outstanding legal services for a reasonable fee. 125 years later, his practice and his principles continue on in the firm which still bears his family name: Ryan, Swanson & Cleveland. 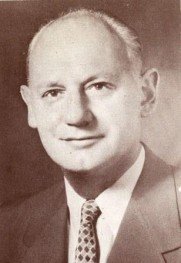 John Ryan, Sr. took on his first partner, Grover Desmond, in 1914, and, by 1926, he was joined by his son, John Ryan, Jr. After his father’s death, John Ryan, Jr. took over the firm and added former Washington Supreme Court Justice William Askren as a partner.

John Ryan, Jr. served as managing partner of the firm for 49 years, until his death in 1982. He was passionately devoted to his family, community and profession, and was known for his warmth and generosity. During his tenure, Ryan Swanson not only grew in size and stature, but in many ways began to reflect his personality.

John Ryan, Jr. excelled at the human aspect of the legal profession and always sought to give his clients personal attention as well as sound advice. He also made sure the lawyers who worked with him shared his philosophy. His ideals continue to motivate the firm today.

The firm moved into its current location at 1201 Third Avenue in Seattle in 1988.  In 1997 Ryan Swanson celebrated its 100 year anniversary.  Two years later, the firm joined TAGLaw, a worldwide network of prominent law firms with more than 300 offices based in over 80 countries.

Ryan Swanson’s current managing director, Bryan Graff, is building upon the foundation the firm’s founders imparted to our clients, friends and business partners.  We are happy to be celebrating the firm’s 125th anniversary this year as we continue to provide outstanding legal services for all our clients.

Questions?
Get in touch today