Cryptocurrency in Bankruptcy: When an Irresistible Force Meets an Unmovable Object 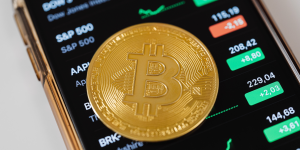 It was January 3, 2009 when a new type of currency – a “cryptocurrency” – called Bitcoin sprang into existence. Bitcoin garnered widespread attention and created a whole new industry of bitcoin “mining”. Soon, there was rampant speculation in this currency. Prices of Bitcoin fluctuated wildly as more and more miners came online. From its initial price of $.0008 in 2010 to $20,089 in 2017, it whipsawed back down to a low of $7,000. Then suddenly the value of Bitcoin jumped in 2020-2021 to $61,556 and dropped again to around $56,239. The fluctuations in price are thrilling for speculators, but businesses that built out to support the cryptocurrency and mining falter with every dip in price. Some of these companies have sought protection under the Bankruptcy Code.

Currency, Property or Security?
Although in practical application cryptocurrency may be used to purchase goods or services, held for investment, and used in lending, the IRS made the determination in 2014 that cryptocurrency should be treated as property rather than currency. The SEC determined that most Initial Coin Offerings (“ICO”), a fundraising tool used by cryptocurrency start-up companies, are considered investment contract securities transactions subject to SEC regulations unless they can pass the “Howey Test”. To be considered an investment contract security, three criteria must be met: 1) An investment of money; 2) In a common enterprise; and 3) With an expectation of profits mostly from the efforts of others. An accusation of failing the “Howey Test” can come with a hefty price tag. Keep in mind, the “Howey Test” is derived from a 1946 Supreme Court case applying the Securities Act of 1933 to investments involving citrus groves in Florida . Now, imagine applying that rubric to cryptocurrency in present day.

In high-stakes litigation currently pending in New York, the SEC filed an enforcement action against Ripple Labs, Inc. arguing that its own version of cryptocurrency token branded XRP is a security. The SEC asserts that the company and its executives committed securities violations by failing to register XRP as a security before offering and selling more than $1.38 billion of XRP. Ripple disagreed with the SEC, and the judge presiding over the case recently acknowledged XRP’s currency value. If Ripple prevails and is able to avoid regulation by the SEC, it could face another common cryptocurrency obstacle: fraud.

A History of Cryptocurrency Bankruptcies
One of the earliest known cryptocurrency related bankruptcies occurred in February 2014 when Mt. Gox filed for Chapter 15 protection after it lost 850,000 Bitcoin in a hacking incident. 750,000 of that Bitcoin belonged to its customers. According to a proposed plan filed in the case, roughly 150,000 Bitcoin (worth approximately $73,350,000 on the date of Mt. Gox’s bankruptcy filing and $8.4 billion at current prices) are property of the estate today and may be refunded to more than 20,000 individuals affected by the hacking incident. After a seven-year wait, victims of the Mt. Gox hacking incident may finally be made whole. Creditors in the Cred, Inc. (“Cred”) chapter 11 bankruptcy case may not be as fortunate.

In November 2020, Cred filed bankruptcy just two years after the company and its four subsidiaries were formed. Cred is a cryptocurrency lender and investment firm that was doomed the moment it hired James Alexander as its Chief Capital Offer. Mr. Alexander is a fugitive from the U.K. who escaped during a prison break while serving a three-year sentence related to illegal money transfers. Not being aware of Mr. Alexander’s past, Cred allowed him to manage its assets with little oversight. Alexander hired a company called Quantcoin to manage 800 Bitcoin (worth approximately $45 million at current prices) and soon Cred discovered that Mr. Alexander’s contact at Quantcoin was an imposter. Its customers’ Bitcoin was long gone. Following this event, Mr. Alexander transferred 225 of the company’s Bitcoin (worth approximately $12.6 million at current prices) to his own Bitcoin wallet. To date, none of the stolen Bitcoin has been returned to the debtors.

Fraud and Loss
Fraud isn’t the only obstacle in the way of cryptocurrency success. Nearly a quarter of the 7,600 cryptocurrencies created failed to even get off the ground at all due to inexperienced management and a lack of a solid business plan. Some crypto coins are simply lost. Twenty percent of Bitcoin (currently worth $209 billion) are locked away in crypto wallets with no hope of recovery unless a person can remember his or her digital key, a unique password protecting each wallet. One cannot simply call Bitcoin’s customer service and request a password reset – there is no customer service to call. After accidentally throwing away a hard drive containing the digital key to 7,500 Bitcoin (currently worth $422 million), one British man has offered his city 25% of the Bitcoin if it allows him to excavate the city’s landfill in order to recover the lost treasure. The man has pleaded with the city for eight years to no avail. The cryptocurrency frontier is so wild that the SEC went so far as to create a fake cryptocurrency coin, “HoweyCoins”, in order to teach potential investors the numerous risks and red flags associated with cryptocurrency scams.

Choose Experience
There are only a handful of lawyers that have experience with cryptocurrency in bankruptcy, argued issues like ICOs and the Howey Test, or dealt with mining farms, miners and an impending Bitcoin halving. The cryptocurrency and finance attorneys at Ryan, Swanson & Cleveland, PLLC have experience with these issues and have successfully protected our clients’ interests.

Do not hesitate to contact a member of the cryptocurrency unit of the Corporate Bankruptcy, Receivership & Finance practice group – Joe, Zach or Patricia – if you need assistance with a cryptocurrency matter.


This message has been released by the Immigration Group at Ryan, Swanson & Cleveland, PLLC to advise of recent developments in the law. Because each situation is different, this information is intended for general information purposes only and is not intended to provide legal advice on any specific facts and circumstances. Ryan, Swanson & Cleveland, PLLC is a full-service law firm located in Seattle, Washington.

Get in touch today.